Vasectomy is an effective, affordable and permanent method of birth control. But for many men, just the thought of a needle near their scrotum is enough to justify procrastination. But there is a no needle vasectomy procedure that’s proven to help reduce men’s concerns.

The no scalpel, no needle vasectomy method substantially reduces a patient’s discomfort during and after the procedure.  No needle, no injection, just an innovative solution for a virtually painless procedure.

During a traditional vasectomy, a needle is injected into the scrotum to freeze the area before the procedure. Just the injection alone is painful and anxiety-provoking. But because the needle is blind as it enters the body, there’s an added risk of nicking a blood vessel in the testicle, causing bleeding and bruising.

The no-needle method uses a jet injector device to administer the drug. The anaesthetic is delivered by a high velocity spray applicator that can’t damage veins or arteries under the skin.

A recent study in India showed a clear differential in patient outcomes when comparing the traditional to the no-needle method.

The study included 1000 men about to undergo a vasectomy.  They were split into two groups – one receiving a traditional vasectomy, the other with a no-needle methodology. The group for the no-needle procedure show absolutely no complications, unlike the traditional method.  Just as importantly, patient satisfaction was found to be much higher, particularly as relates to pain levels during the freezing process. 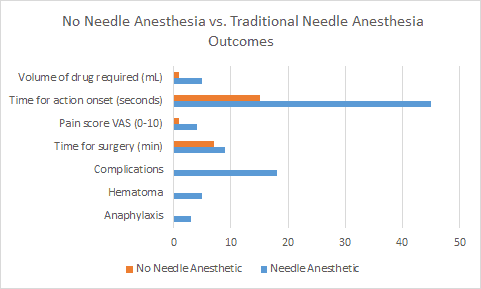 Intramed Medical Clinic has offered a no-scalpel, no needle vasectomy since the office opened in Calgary. To further reduce any discomfort during recovery, the clinic has also adopted an open-ended vasectomy technique and uses a simple skin glue in lieu of sutures.

A traditional vasectomy requires two surgical incisions about an inch long in the scrotum. The doctor uses the incisions to find and cut the tubes (called the vas deferens) that carry sperm from the testicles to the penis during ejaculation.

The incisions typically require stitches which adds to patient discomfort in post recovery, as well as an increased the risk of infection.

A no-scalpel vasectomy uses a tiny incision at the base of the scrotum – roughly 1 cm long – to grasp both tubes from a single-entry point. The vas deferens are gently pulled forward and both cut. We believe this is the optimal method.

One of the findings confirmed by the study is that the no scalpel vasectomy method improved client acceptance by almost ten-fold. In other words, more men chose to have the procedure than ever before.

The medical device for a no-needle vasectomy is called a jet injector. A jet injector is a spray applicator that uses high-velocity air pressure to dispense tiny micro-drops of anaethestic into the tissue.

Jet injector technology has been applied for over 30 years, in dentistry, gynecology and other fields of medicine. It is a rapid-fire, virtually painless and well proven method for drug administration. Adopting the methodology has greatly enhanced patient satisfaction and reduced the anxiety of men considering vasectomy.

One of the patient benefits of a no-needle vasectomy is how quickly the drug is administered. The numbing effects are almost instantaneous – within 10 to 20 seconds. The slight pinch felt as the mist is deployed is immediately inconsequential. The numbing agent spreads quickly through the tissue and the nerves surrounding the vas deferens. 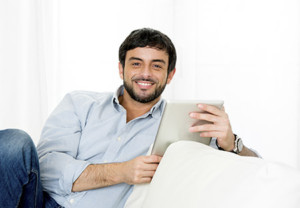 When a needle is used, the anaesthetic forms a pool under the skin, which is slowly absorbed into the system. Not only do patients feel a pinch – they feel it longer. Even if there’s no bruising, a weal is raised on the skin at the injection point.

Perhaps the most impressive statistic from the study is the difference in complications between the two methods. The jet injector method shows zero complications related to bleeding or hematomas. None.

For men who are nervous about needles, there is solution. There is no reason for men to deny themselves or their family an affordable and permanent solution for family planning.

Overall, the study concluded that the No-Needle method has the following benefits for patients and their doctors. There are the outcomes the researchers identified.

Vasectomy is a permanent method of birth control, with very minimal risk. It doesn’t require hospitalization and the entire procedure typically takes under an hour. It is far less invasive than tubal litigation and once the semen test negative for sperm – you won’t spend another dime on birth control.

We recommend men and their partners discuss the right size for their family. Once you’ve reached agreement, remember vasectomy is safe, effective and needle-free.

About the Author: Intramed Medical